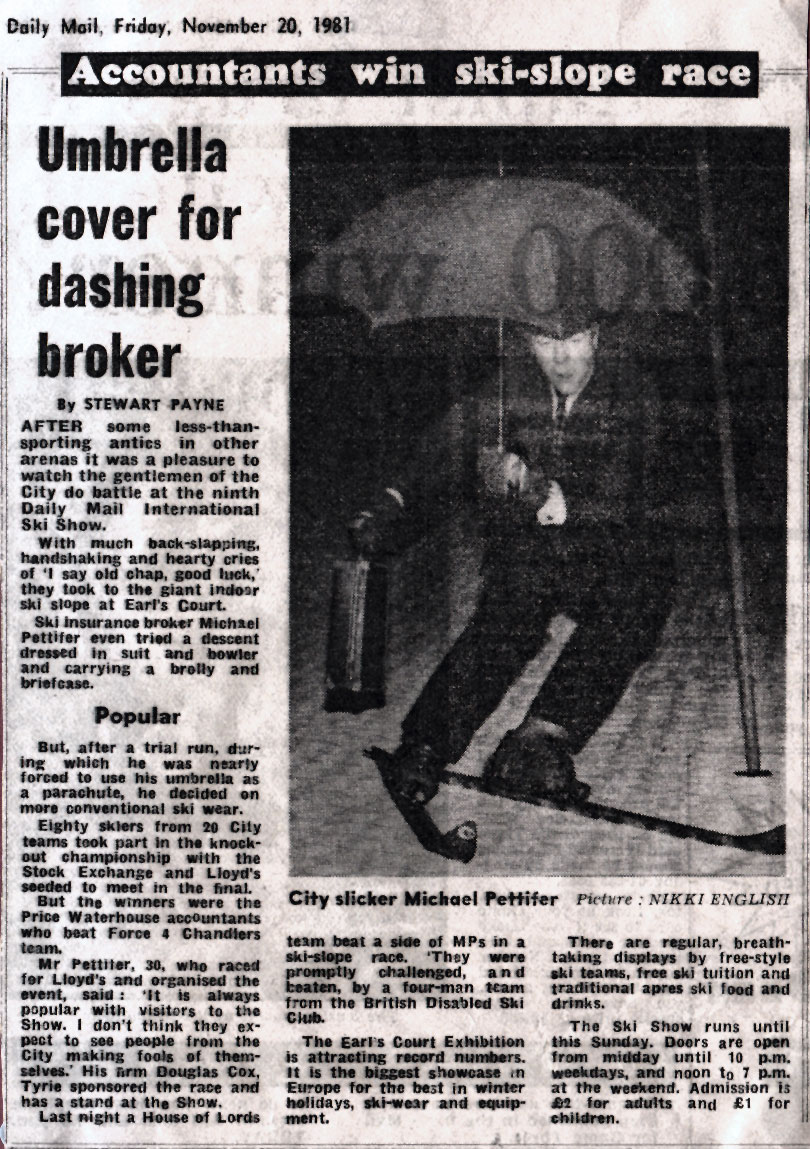 Douglas Cox founded the company in the 1920s, as a Lloyd's broker offering general insurance. In the early 1950s, he was joined by his son, Ian, and by John Tyrie. Also in the 1950s, ski enthusiast John Pettifer joined the company, bringing the idea of insuring the then more than 50,000 British skiers.

In those days, before the advent of tour operators, most ski trips were organised under the auspices of the four services ski clubs – and, gradually, Douglas Cox Tyrie became the official insurance provider to the Navy, Army, RAF and Combined Services ski clubs. In 1962, the company was appointed by the Ski Club of Great Britain and satellite clubs, including Kandahar and DHO, starting a relationship that lasted more than 30 years – and after his retirement, John Pettifer became the Ski Club’s chairman.

By 1975, Douglas Cox Tyrie was 25 years into its postwar development, and had become well established and synonymous with ski insurance. By then the skiing population had swollen to 500,000 skiers a year. John Pettifer's son, Michael – also a keen skier – joined Devitts in 1975 and steered the Douglas Cox Tyrie operation additionally into the growing tour operator market. He pioneered innovations such as the collection of premiums from individual customers by credit card on the telephone.

Michael Pettifer left Douglas Cox Tyrie in 1992 to broaden his experience elsewhere in travel insurance. In 1995, the Ski Club chose to take its insurance to other providers and Douglas Cox Tyrie gradually disappeared – ultimately becoming part of the RBS Group, which eventually wound up the company.

We have decades of specialist experience in delivering the best snowports cover available.

See for yourself. See if we can provide you what you're looking for...

Designed by Virtueservers
Back to Top